From Hitchin Hackspace
Jump to navigation Jump to search

Following further debate at the Social Evening on 9th May, Layout M below emerged as the consensus decision and will be put to members to approve/reject using One Click Orgs.

Below are 13 proposed layouts for the Bancroft Hackspace. We need to pick one. We're required by our lease to submit plans for the building to the council before we can make any big changes (like knocking down walls).

When discussing/deciding, please bear in mind the following:

Assume that whatever we decide is physically and legally possible. None of us are structural engineers or building control inspectors, but until we actually have a decision, we can't put a plan in front of people who are.

Assume that whatever we decide is financially possible. If it turns out we can't afford it, then we can have a rethink, but we're not going to be able to cost it out until we've picked it.

Points which have been raised so far:

Clearly some of these points are contradictory, which is one of the things which is holding us back somewhat. 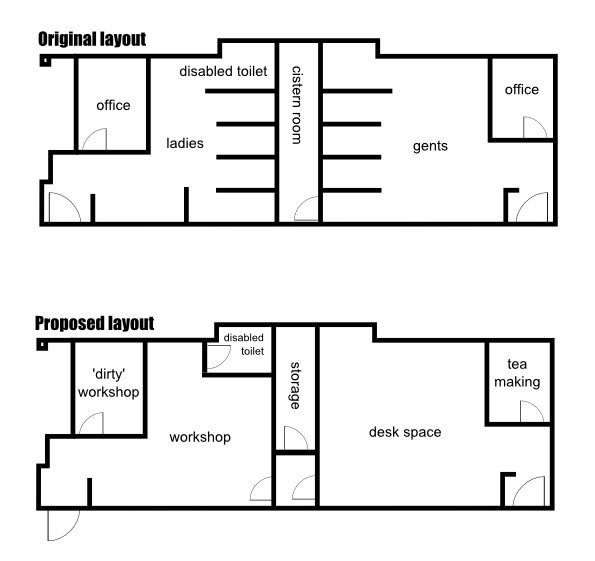 The shorter, fatter blue rectange represents 8'x4', as "being able to work on an 8x4' sheet of ply" is a useful benchmark for being able to do stuff. The longer, thinner rectangle represents a typical workbench which might have machine tools on it.

The entrance/exit will be to the office side. The workshop door will probably be a fire escape.

Layout I: Workshop to the left (including dirty workshop), office to the right with toilet. Kitchen/tea-making facilities at the top right 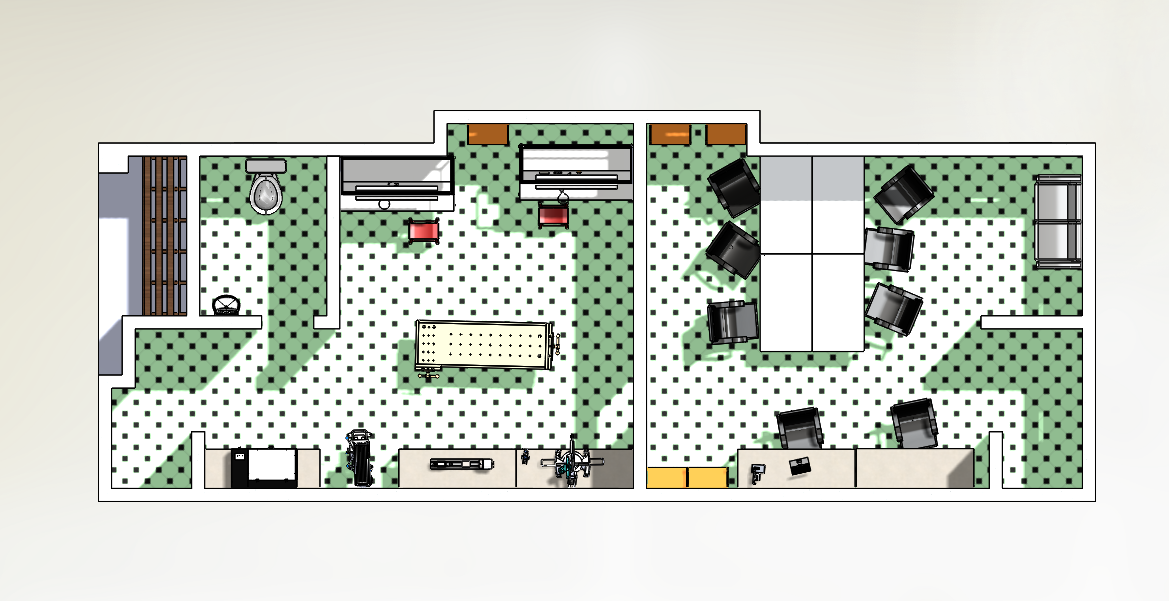 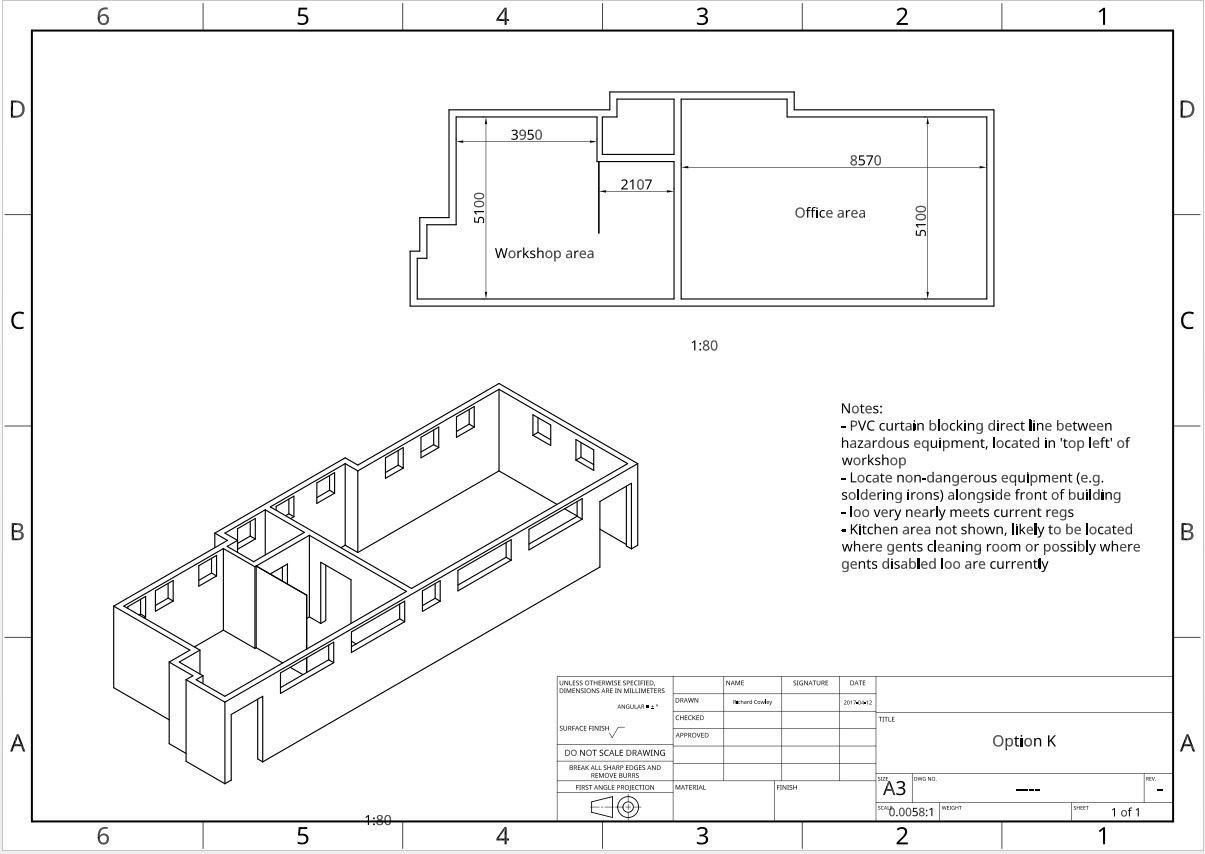 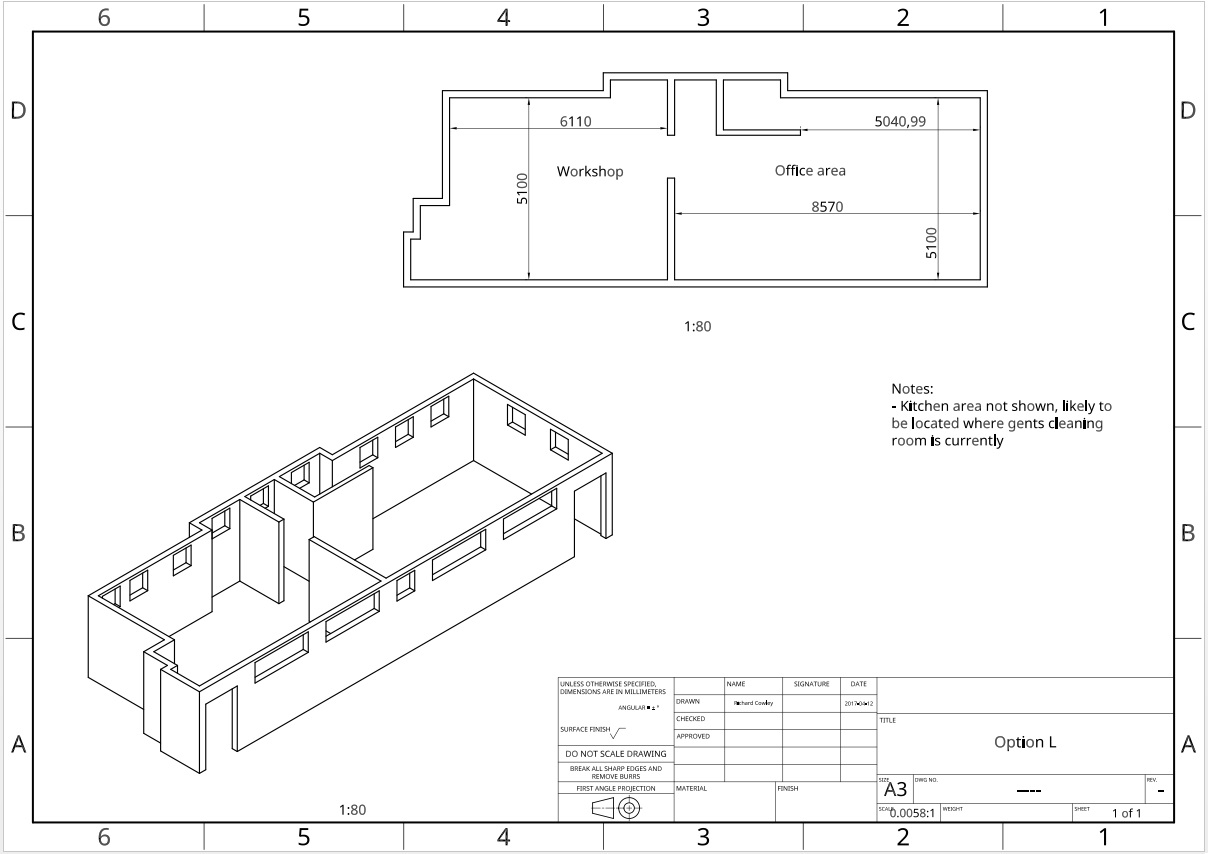 Following further discussions at the May social night a final layout was proposed. This will be put to a OneClick vote once the OneClick members list has been updated: 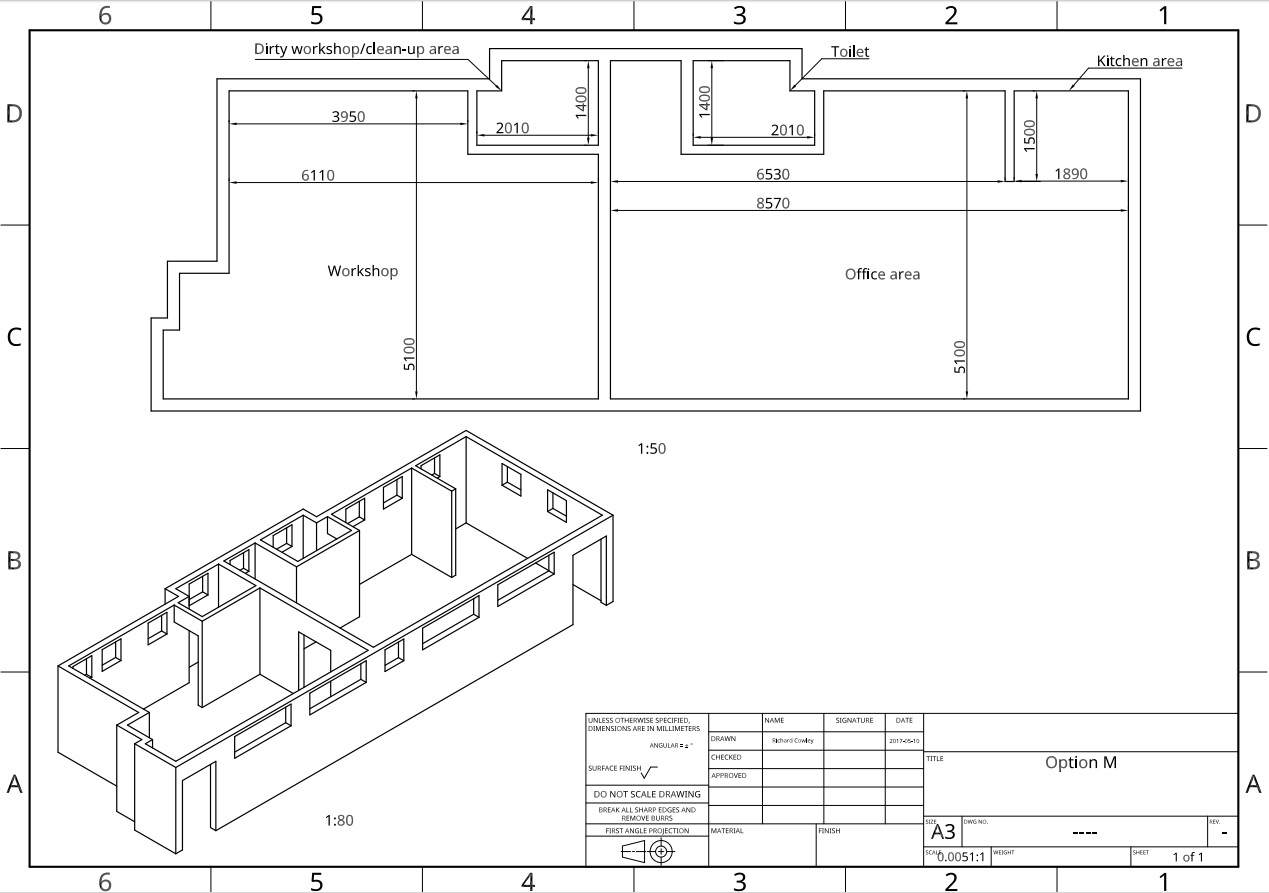 Any comments? Ideally in #layout on Slack. Or by email to hh-planning@hackhitchin.org.uk. Or on on this wiki.